Ko Bar Presents is back for round three.

The inaugural series launched back in February 2022 with a collaborative spirit in mind.

This third round will feature Ko alums and industry friends as they take over Ko Bar to showcase their latest culinary endeavors through a one night only pop up.

For four nights only this February & March, guests can expect a multi-course meal—including one evening dedicated to a dessert tasting—where tickets to each night can be purchased through Resy. Scroll below to learn more about each guest host and to visit their respective event pages. 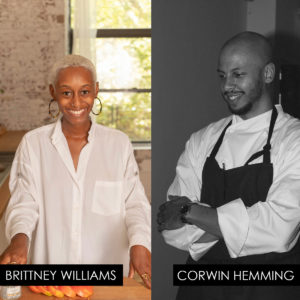 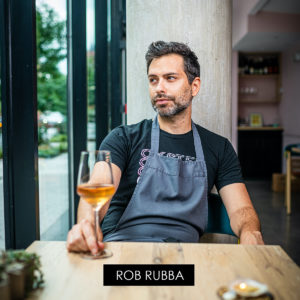 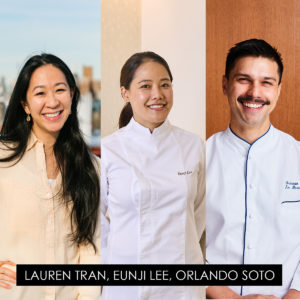 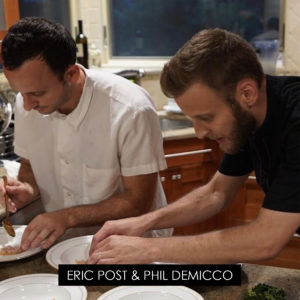 Chef Brittney “Stikxz” Williams is a renowned chef of Jamaican descent hailing from NYC. She creates dishes spotlighting the Caribbean diaspora, all while reinventing the narrative. With love and passion for people and the food we eat, it is her determination to embody through food the notion “out of many, one people.”

Currently based in New York City, Chef Corwin Hemming seeks to leave his impact on the culinary world. Chef Corwin has cooked in some of the country’s best restaurants in Washington D.C., Chicago and Manhattan. Melding together his Jamaican heritage, paired with his fine dining background, his worldly exposure to cuisine allows for a multitude of flavors to expand your palate.

Rob Rubba is an environmentalist and the chef and partner of Oyster Oyster, the James Beard-nominated, Michelin-starred restaurant in Washington, DC. Oyster Oyster is dedicated to sustainable cooking centered around plants, mushrooms, and oysters of the Mid-Atlantic.

Food & Wine magazine honored Rubba as one of America’s Best New Chefs in 2022. Rubba is also a co-founder of Bakers Against Racism, an online bake sale initiative that led to the delivery of $2 million to social justice organizations during the global protests for racial justice in 2020.

Chef Eunji Lee spent three years in the acclaimed restaurant Ze Kitchen Galerie of William Ledeuil and then trained under Alain Ducasse and Cedric Grolet at three Michelin-starred Le Meurice for another four years. When the opportunity arose for Eunji to combine her classic French training with Korean ingredients, she jumped at the chance to become the Executive Pastry Chef of Jungsik, the two Michelin star modern Korean restaurant in New York in 2016. In 2019, she was awarded ‘Rising Star Pastry Chef in NY’ and ‘Art of Presentation’ by Starchefs with her signature dessert, Baby Banana. Most recently, in 2022, she opened her own pastry boutique, Lysée, in New York City’s Flatiron District.

Chef Orlando Soto is the executive pastry chef at Le Bernardin, Eric Ripert’s three-Michelin starred French seafood restaurant in Midtown. After graduating from the University of Puerto Rico with an engineering degree, Soto decided to fully pursue his passion for pastry, moving to New York to enroll in the Institute of Culinary Education. He has since honed his expertise in Michelin-starred kitchens such as Daniel, Café Boulud, Per Se and Gunter Seeger. In the kitchen, he combines his pastry knowledge with his engineering background, respecting classic techniques while employing new methods to create whimsical desserts.

Chef Lauren Tran moved to NYC in 2018 and her first job was at Momofuku Ko as a server. She started and finished ICC’s Pastry Arts program while working at Ko which led her to leave for a pastry cook position at Gramercy Tavern. Bánh by Lauren started during the pandemic when she was laid off. Her focus on showcasing Vietnamese and French pastries/desserts has kept her busy with pop-ups around the city.

Chef Eric Post and Chef Phil Demicco are childhood friends from Westchester, NY. Phil has worked almost exclusively in the Michelin world, including Marea, Eleven Madison Park, Piora, and Gunter Seeger. Most recently he’s been working at L’ Artusi. Eric started his career at Jean-Georges and went on to work in kitchens across Australia, after which he returned stateside to train at the original Momofuku Ssam Bar. He has spent the last seven years cooking as a Top Private Chef nourishing some of Manhattan’s most prestigious families.

While honing their skills, in separate kitchens, Eric & Phil always kept close. Sharing meals, talking techniques, cuisines, textures, and flavors they’ve discovered along the way. Most recently, in preparation for a restaurant of their own, they have been hosting an exclusive series of Pasta Omakase pop-ups in Eric’s new home in Westchester.